Timothy G. Piotrowski has been making traditional light sensitive silver based photographs since late 1998. All of these images were created using Graflex Crown Graphic and Speed Graphic 4×5 view cameras. Initally the pictures were created as visual references for paintings. 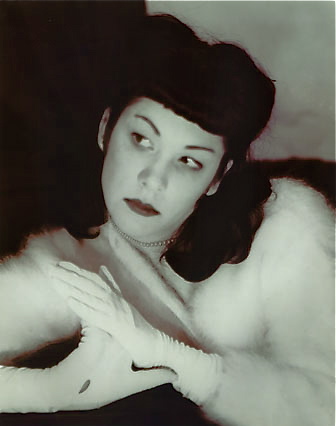 When I began taking photographs it was not my intention to devote all of my artistic energies to photography. I was a painter who had started a series executed in a mostly realistic style drawing subject matter from vintage magazines. I eventually became uncomfortable with the process of making pictures from someone elses photographic art. My resolve was to create the images myself. Since the pictures originated from vintage magazines, I decided that I would attempt to the best of my ability to make my source images also have a “vintage” appearance. I lived in a small efficency apartment and the earliest works reflect the fact that I had very limited space in which to stage these studio style portraits. I had only about 4  square feet to work with or about the space of an average bathroom. These portraits are therefore always relatively close portraits. 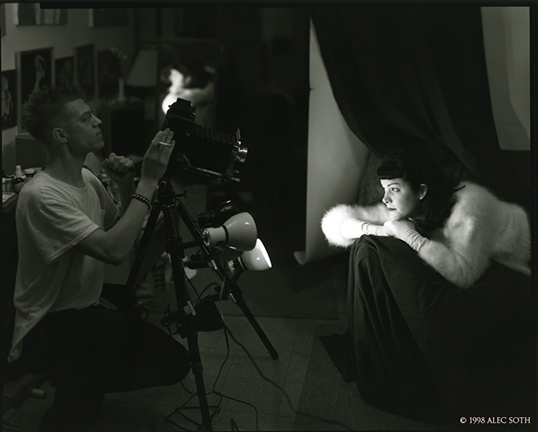 Photograph of me at work in my first “studio space” courtesy of Alec William Soth.

THE EARLY WORKS ~ CIRCUS AND BURLESQUE

One of my greatest challenges from the beginning of this endeavor has been the appropriation of period accurate clothing for my vintage images. I started out buying a garment or two, here and there at local vintage clothing stores. This eventually lead to searching online auction sites for inexpensive and affordable pieces. The early images were more or less dictaed by what I could find. It became evident early on that I would either become a buyer and seller of vintage clothes (which would be a part time job in and of itself) or find a viable alternative. It occured to me that a symbiotic exchange might be struck if I could find collectors to lend clothes in exchange for the resulting images. The first such developement was that of a local Circus related objects and ephemera collector who was generous enough to lend a group of outfits or “wardrobe”. I learned from this collector that many of the performers in Circus troupes also worked the Burlesque circuit in the off-season and utilized the same wardrobe and that these garments often had long lives experiencing rebirth through endless alterations, additions, and modifications. 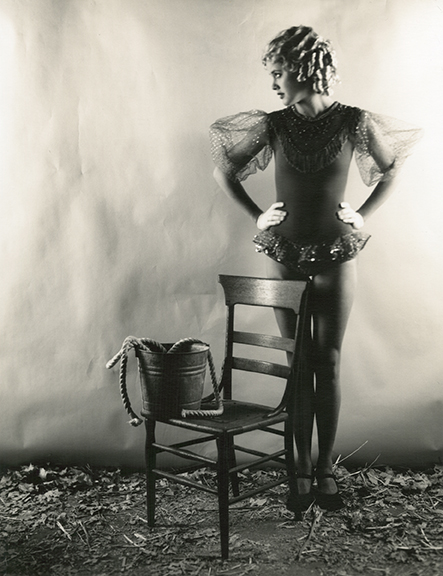 I had been doing these pictures for about 6 years when something happened which seemed impossible to me at the time. The curator from a local history museum (after having seen an exhibition of my photographs) called me and asked if I might like to work with their clothing collection to produce a suite of photographs. 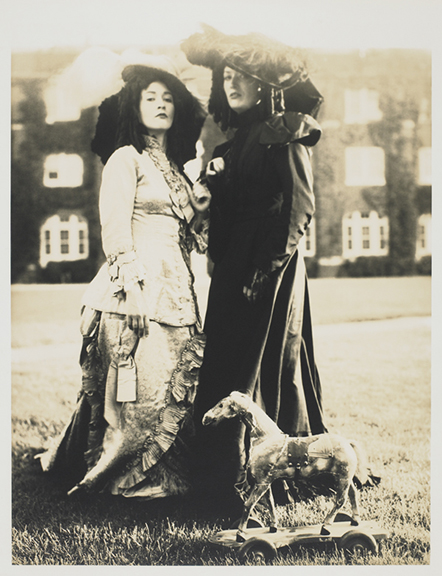 “Forward Looking Victorian Women 1875″. From the 2007 series “Studies From Life…”. All clothing and objects courtesy of the Hennepin History Museum, Minneapolis, Minnesota.

I began the practice of giving artist lead tours of my exhibits for the Docent and Friends of the Minneapolis Institute of Arts groups beginning with the “Studies From Life…” show at the HHM. These artist walk-thrus were increasingly well received and the Docents and Friends groups would eventually invite me to present lectures relating to the History of Art photography and other themes relative to my projects. It was after one such presentation in 2009 that I was approached by Dr. Colleen Gau; a member of the Rochester Friends. Dr. Gau explained that various theory and research studies demonstrate that clothing and fashion in particular are always in the employ of drawing attention to one area or “zone” of the body thereby eroticizing that particular zone. She suggested a project in which I might illustrate photographically how clothing has evolved over a relatively short time period thereby demonstrating the changing erotic zones. She also generously offered her expertise and guidance. 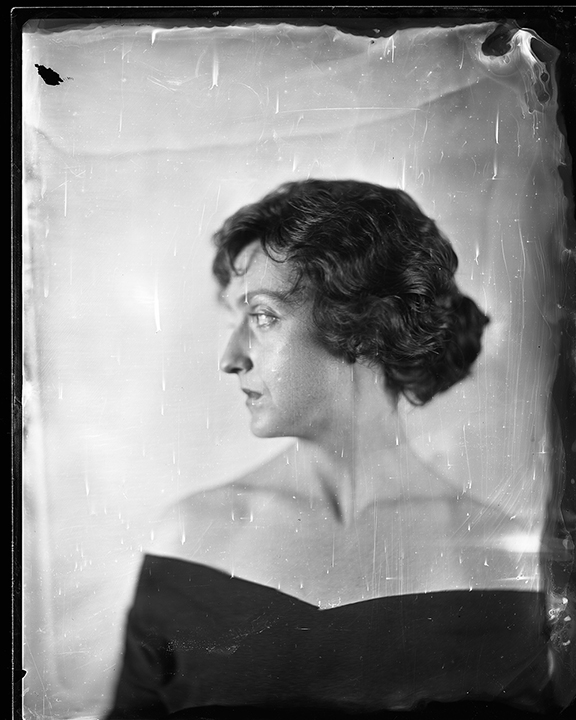 “Mia Lundgren, 1910″  from “Portraits of Hair…” 2014. Scan from 8″ x 10″ Wet Collodian Glass plate negative. All period wigs prepared by courtesy of Ivy Loughborough with all collodian preparation and development by courtesy of Andrew Moxom.